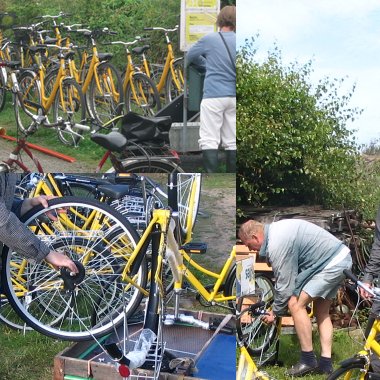 How it all began

Once upon a time a ship carrying a lot of bikes stranded on a sandy beach on Galterö Island near our home… No, it didn’t really begin like that, but it’s actually not too far from the truth. Brännö bike rental is a family enterprise that was kicked off in the summer of 2006 under the motto “If he can, so can I”.

The summer before we had spent a day biking on the Island of Ven off the coast of Landskrona. We had rented the bikes at “Ven’s bike rental”. During this very bike ride the idea of a bike rental on Brännö was born. As we returned the bikes we asked the owner to tell us about his business. He was more than happy to do so and encouraged us to get started ourselves.

So, in autumn of the same year we began the preparations. A company was registered, the bikes were bought and the booking system was built.

Today we have about 50 bikes that are rented out all year round. Depending on the resources we also open the rental location at Bratten on Styrsö Island. We consider ourselfs the best bike rental on the west coast of Sweden. 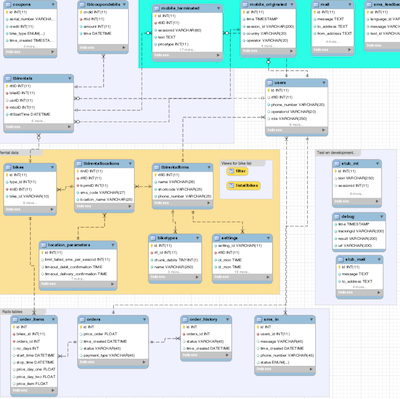 The above picture shows our rental system 1-2-3-bikeTM. Since it wasn't available on the market we had to build it ourselfs. Every time people ask us how much time we spent building it we quickly change subject..

The system can be used for other bike rentals as well. Please contact us if you're interested in starting your own unmanned bike rental.

The system has many advantages for both renters and clients. The clients rent their bike using a mobile phone (Swedish subscribers) via premium SMS. Soon PayPalTM will be available. The renter can easily administer the bikes through a web interface. No expensive infrastructure is needed to run 1-2-3-bikeTM and the setup is easy.